A featured event in the Magnetic North Theatre Festival, HIVE 2 took over two warehouse spaces at the Digital Media Centre for a 9-day marathon of perspective-rocking, intimate, outrageous, and eclectic performances by 11 independent BC theatre companies. Building on the success of the original HIVE 1, the member companies of Progress Lab were commissioned by the Festival through a grant from Arts Partners in Creative Development. Veda Hille curated nine bands for the after-show party each night, and Glenn Alteen of Grunt Gallery brought some seriously live artists to the cabaret space. 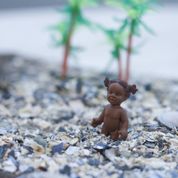