University students are, more or less, part of the first generation of young adults to grow up with internet pornography as an embedded, normalized part of their lives. How is that affecting them? What, if anything, does that mean? In collaboration with Studio 58/Langara College, we began investigating these questions through a workshop process with a small group of Studio 58 acting students and two sexual health educators in Spring 2018. This culminated in a week-long workshop production, titled The P*rn Project, which was presented as part of Langara/Studio 58’s Risky Nights series. Building on this collaborative, intersectional effort, project devisor and writer Marcus Youssef used the material generated by the students as the basis for an original, character-driven narrative drama exploring the personal, social, and ideological consequences of growing up as part of the first generation with unfettered and on-demand access to internet pornography. Incognito Mode was presented as part of Studio 58/Langara’s 18/19 mainstage season. The next phase will include a revision of the script adapted for a smaller cast which will tour Spring 2021 to post-secondary institutions alongside educational workshops examining the impact of online access to pornography on young people’s understanding of sex, sexual violence and sexuality with a view to engaging university and college communities in educational dialogues about sexual violence.

“Pornography is now a primary form of public pedagogy for youth sexuality and an essential part of how young people learn to see, touch and feel themselves and each other (Owens et al. 2012; Flood 2008).  Even when not explicit, its traces are in advertisements, movies, TV series, video games and politics. Pornography shapes debates over self-representation, sexual mores, violence against women, gender norms and gender equity (Keller, Mendes and Ringrose 2016; Albury 2014; Flood 2009). It has reset how people experience intimacy, connection, loneliness and social expectation, and among the generation of young people now reaching adulthood, ubiquitous online pornography has always been part of their lives. This insight guides the partnership between the SSHRC IMPACTS: Collaborations to Address Sexual Violence on Campus Grant, Incognito Mode (Neworld Theatre), related video documentaries (Beer), and the research program, Pornography, performance and young people (Poyntz). Our aim is to produce documentary research, multiple theatre productions, videos, workshop performances and related research to address the complex relationships between youth, pornography and sexual violence on university campuses.” 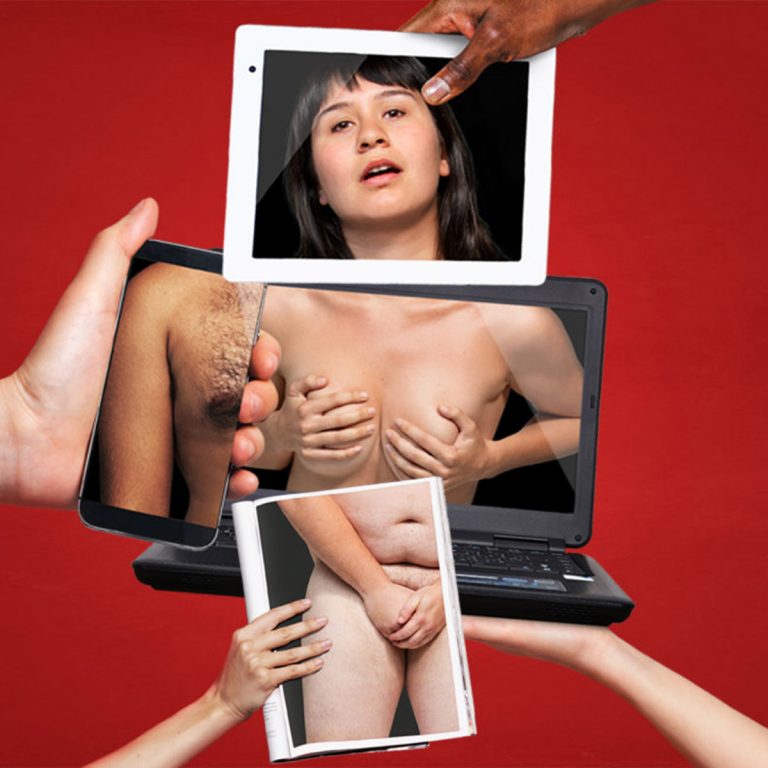