In his twitter bio (a very official source) Charlie Demers describes himself as a “shrill leftist.” If ever there was a man after our own heart, it’s Charlie. He’s been a long-time colleague of ours, and in 2013 we started to talk about a collaboration. The result is Leftovers, a monologue/Ted Talk/standup set about Charlie’s life as a socialist. Charlie was born in 1980, right between the election of Ronald Reagan in the US and Margaret Thatcher in the UK, the worst era for socialism since Marx wrote Das Kapital. Charlie takes us on a truthful and candid exploration of the intersection between the personal and the political – along the way he challenges himself to find out what a well-known comic can do when some stuff just isn’t all that funny.

When we needed help gathering the resources to create Leftovers, Neworlders stepped up. Our first-ever Community Commission helped us raise over $5000 of necessary funds to make this production. Crowd-funding is a new name for an old idea – people coming together socially and economically to achieve our collective goals. It was hard to ask for. But when we did, you responded. You were our means of production (so to speak). And that meant a lot. And now, we get to share Charlie’s hilarious, heartfelt work with the audiences of The Cultch and the PuSh Festival. 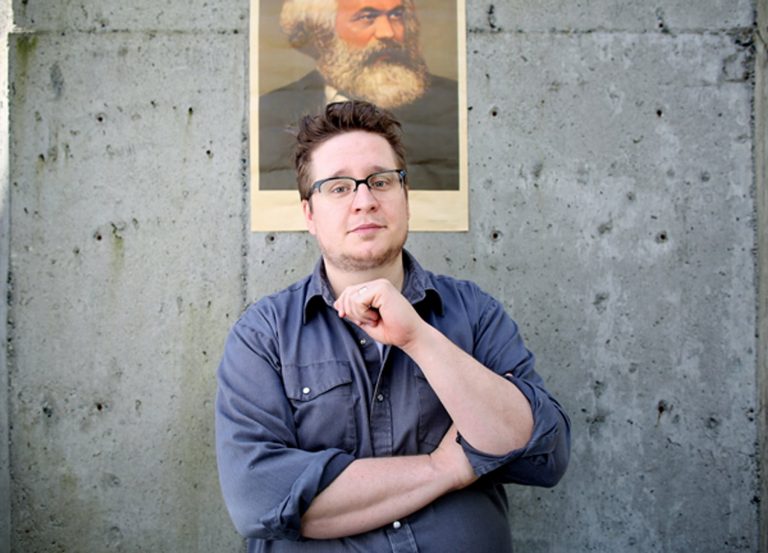