A radical re-imagining of the Peter Pan story filtered through the collective brains of co-writers Niall McNeil and Marcus Youssef, along with many of Vancouver’s most innovative creator-performers. It’s a dreamscape where Peter Pan and Macbeth drink lattes, the Lost Boys hang with Grissom and Willows from CSI, and Tinkerbell and Wendy duke it out at Skull Rock.

Peter Panties is a ground-breaking examination of the creative process, an interrogation of what it means to grow up with difference, and a wildly imagined world where fairytales, myth, pop culture and everyday life intertwine.

Presented by Neworld Theatre and the Leaky Heaven Circus. Co-Presented with the PuSh International Performing Arts Festival and The Cultch.

Read a review of the Peter Panties cast album from the Toronto Star or The Record, steam the music over at Bandcamp, and buy it on vinyl (so hip!) here. 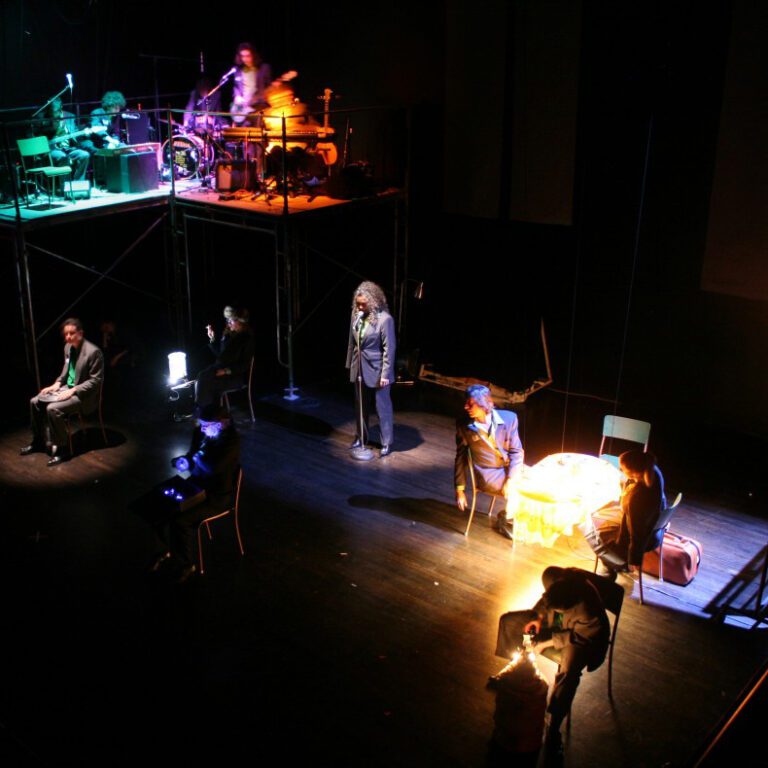